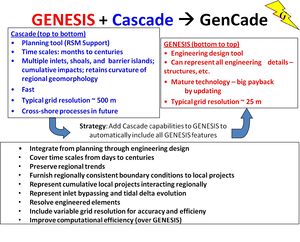 Figure 1. Combination of GENESIS and Cascade

GenCade is a one-line shoreline simulation model that combines the capabilities of regional-scale, planning-level calculations of CasCade and project-scale, engineering design-level calculations of GENESIS. GenCade computes shoreline changes and wave-induced longshore and cross-shore sand transport. It is operated within the Surface-water Modeling System (SMS) 11.1 interface and higher SMS. The model was officially released in April 2012 and SMS 11.1 was released in October 2012. Publications for GenCade, including technical reports, notes, tutorial materials (video clips and presentation slides) can be found on the CIRP website GenCade page. 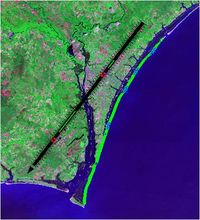 GenCade was highlighted during two CIRP Workshops in 2011. The first took place in February in Jacksonville, FL. This was the first workshop to include GenCade. About 25 students listened to several GenCade presentations, watched a demonstration, and participated in a hands-on example. A full day session of GenCade was featured in San Diego in August.

A full day session of GenCade was presented during the March 2012 CIRP Workshop in Philadelphia. The morning consisted of presentations and a hands-on demonstration. In the afternoon, students worked through an example independently while instructors walked around answering questions. The first GenCade webinar took place in October 2012. Each of the three days consisted of two hours of instruction. During Day 1, several presentations introducing students to GenCade, the SMS, and previous applications were given. A quick example showing input and output files and how to view results in the SMS was shown at the beginning of Day 2. Then a very simple example and a case highlighting beach fills and dredging were shown. A more complex example with structures was completed during Day 3. Then a quick discussion of future GenCade capabilities was given. The day concluded with a presentation and example of the new wave conversion tool.

The second GenCade webinar was presented on Nov. 18, 2020. The tutorial and example files for this webinar can be found at https://cirp.usace.army.mil/techtransfer/webinars/FY21/18Nov2020-webinar.php.