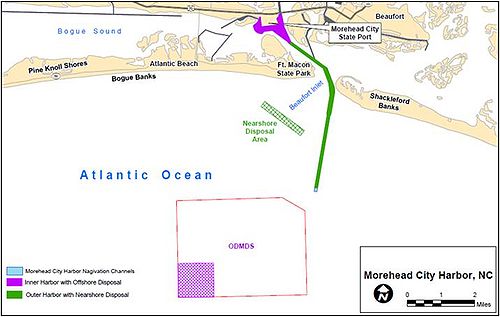 The CMS models were used to simulate the 2-D circulation, wave transformation and sedimentation at the Beaufort Inlet area to understand the sediment movement within the inlet complex system. The models will be used to examine different scenarios for potential dredged material disposal sites in the area. 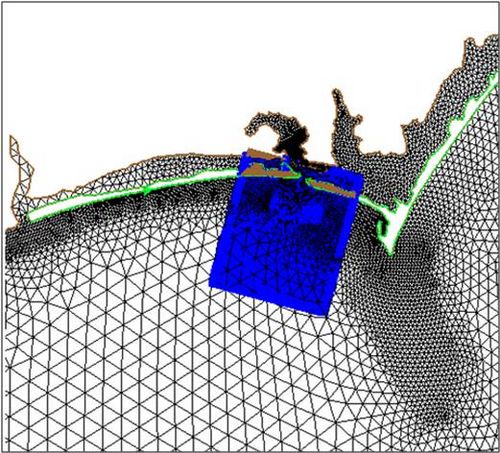 The regional tidal circulation in the area was evaluated with ADCIRC model. The nearshore details were deleted and a new grid with minimal details and lower resolution was created and was appended to the original grid. 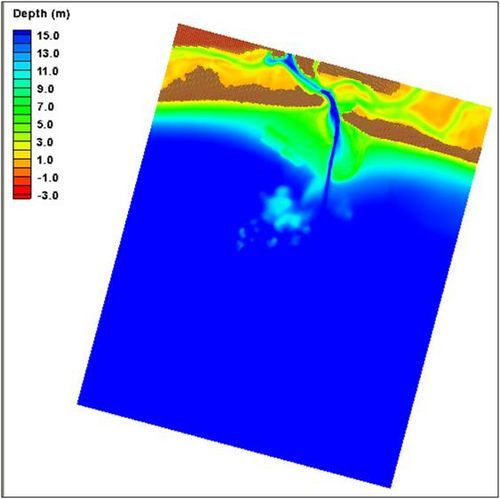 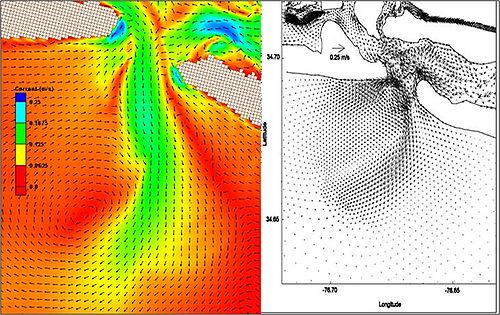 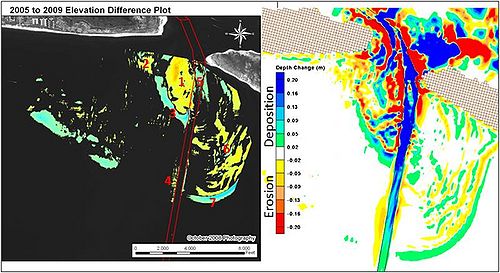 The 7-m (MTL) contour during 1974, 1998 and 2009 indicated that the natural deep channel areas eroded drastically and the delta west offshore bar encroached onto the west channel bank while the delta east offshore bar was pushed further offshore. Modeled ebb current vectors suggested that the ebb jet was pushing the sediment offshore and moving the ebb shoal further offshore. The modeled residual sediment transport patterns in the inlet area agreed with previous studies. Olsen (2006) stated that there is net westerly-directed littoral drift (east to west transport potential) along both Shachleford Banks and Bogue Banks. There is a localized reversal in net transport along the eastern 2.4 miles of Bogue Banks where the net transport potential is directed toward the inlet (west to east) in the lee of the inlet’s ebb shoal.

The measured depth change (2005 and 2009 surveys) and the modeled morphology change (one month) were compared. The numbered areas depict where the model was capable of reproducing similar erosion and deposition patterns. In general, only qualitative comparison should be considered due to the fact of different periods.